Happy Fall! Also wow, it’s Sunday again. Do you consider this day the beginning of the week or the end of it? I think if you work a weekday job it’s obviously the last free day before work and that’s kind of a bum. I try to look at it as a day to prepare for the rest of the week, like a pre-crazy rest period, and maybe do a mani/pedi if I feel motivated. But we’re kind of sick right now so we had to stay home and do nothing, which in turn bummed us out. Today brought some beautiful fall weather to do outdoor stuff and we missed the opportunity! So here’s some of my random thoughts and things that excite me I needed to tell someone other than my personal Facebook feed.

— I’ve been learning Orff’s Carmina Burana for November and the biggest challenge right now is learning to pronounce things in Germanic Latin. I have to basically empty my brain of all the Latin pronunciations I know and replace them with new ones. It’s wild! I like to practice just the words with the rhythm and doing it makes me sound super creepy. I’m okay with that. 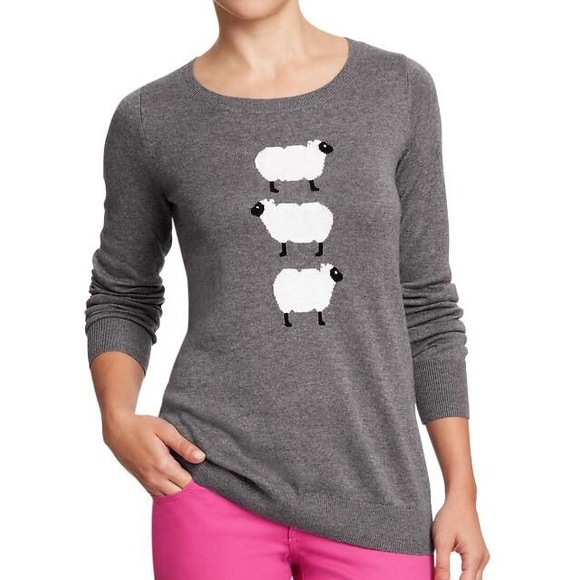 — My sweaters are ready for action. I can tell we’re going to have beautiful Autumn here in New England and I’m ready. I have a growing collection of sweaters with animals on them. Does anyone else like having animals on their clothing?!?! be my friend!!!

— Son Lux released a full album earlier this year and they just released an EP. This is such a treat! I’m excited to hear new things from one of my fave bands.

— I’m really awkward around strangers at parties. One way I learned how to survive awkward moments interacting with new people is doing parlor tricks. WAIT HEAR ME OUT. So a side dish I like to bring to cookouts is a pared down version of Alton Brown’s Deviled Eggs [I use 1 tsp black pepper if I don’t go fancy with all the peppers because I learned the hard way that not all peppercorns are the same and using 2 1/2 tsp of ground black pepper in this recipe is just too much]. I keep the egg whites separate and store the filling in a ziplock bag so I can assemble the eggs when I get there. I like this for 2 reasons- 1) I don’t risk having smushed eggs during travel 2) The ziplock bag I store the egg mixture in can also be used as a piping bag, just cut one of the bottom corners off. THAT’S MY PARLOR TRICK! I entertain people by assembling food in front of them and they’re equally enlightened to learn that a ziplock bag can double as a piping bag. It’s like a live-action life hack tip. Feel free to try it!

But if magic tricks are your thing, by all means keep doing them. Otherwise, look for a pupper to pet.

— I don’t know what flourless donuts are made of, but I tried one and it melted in my mouth and I just want more of them!! Send me your recipes.

— I’m trying to mentally prepare myself for the upcoming Winter season. As a lifelong New Englander I surprisingly forget how things work once the season is over. Then bam! Snow is on the ground again and I regret not leaving the house early enough to defrost my windshield and am late for everything. So maybe I should start welcoming the season by listing everything I like about Winter then maybe I won’t be so bitter a month into it.

— I love people who use the word “vehicle” to describe food that act as forms of transportation from plate to mouth. I’m a big fan of edible plates like crackers, bruschetta, and crostini.

— Okay, I am genuinely sorry for all the exclamation points in this post. A lot of things really do excite me.

— OOH, one more thing. I love finding old recordings on Youtube. Check out this recording of famed cellist Jacqueline du Pré performing with the London Symphony Orchestra in 1968. The piece is Cello Concerto in B minor, Op. 104, B. 191 by Antonín Dvořák